When it comes to waking up in the morning, not everyone responds well to your typical analog alarm clock. Some people need (or want) creative alarm clocks that will make them wake up one way or another. If you’re one of those people, or if you just have a kooky obsession with weird alarm clocks, we’ve got you covered.

Here are 15 of the most unique alarm clocks you can get.

As far as unique alarm clocks go, you can’t deny the allure of an alarm clock that shoots up a helicopter-like rotor up as the alarm goes off. How do you turn it off? You have to get out of bed, put the rotor back on the base. 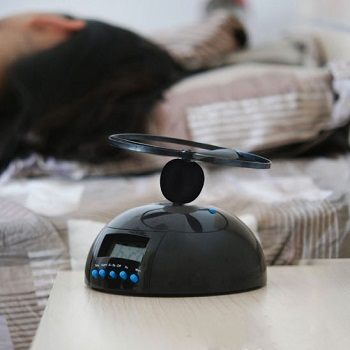 If you want an alarm clock that is going to startle you awake, the gong alarm clock can do exactly that. This is a great alarm clock for those who love old kung-fu movies or someone who just like a fun novelty alarm clock.

If you’re trying to get in shape, the Shape Up Alarm Clock may be right up your alley. To turn this alarm clock off, you’ll need to curl the alarm up and down 30 times before it’ll shut off. Just try not to throw it out the window!

Have you ever wanted to shoot your alarm clock because you weren’t ready to get up in the morning? With this alarm clock, you can. To turn this device off, you can choose an easy alarm (only shoot the target once) or hard (shoot the target 5 times).

Now, we don’t know how practical this alarm clock is, but who can deny the alluring scent of fresh cooked bacon in the morning? This alarm clock was originally seen on the TV show, Shark Tank, and the sharks turned it down. The alarm clock is hard to come by, but for those savvy bacon loving sleuths, you may be able to find it somewhere!

Some of us have a hard enough time finding the alarm clock to turn it off, but just imagine having to dance to turn the alarm off! Okay, so you’re not literally dancing, but you do have to use your fingers to “dance” on the DDR-like pad.

We love AI and we are so utterly charmed when the AI is in a cute little package. That may not be the case with Clocky, the alarm clock that will scurry away on its big wheels throughout your room (or house) until you get out of bed and shut the thing off. 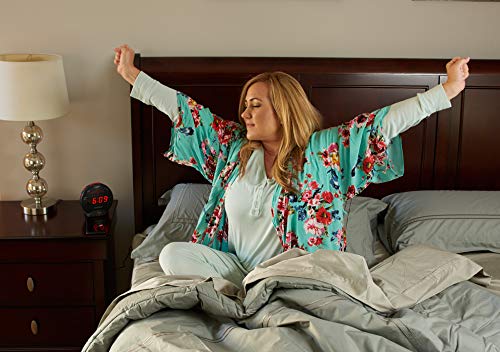 If you have a trouble waking up in the morning, the SNŪZNLŪZ alarm clock will donate to a charity that you loathe via WiFi for each time you hit the snooze button.

So if you want to keep that certain political party from getting your hard earned green, get up!

Maybe you need a little bit of tough love to get you motivated in the morning. Maybe you miss the days in bootcamp where your drill sergeant would scream insults at you. We’ve the perfect clock for you! This alarm clock will insult you (shuffling between 10 preprogramed phrases) until you get up. This clock isn’t easy to come by, but with some searching, you may be able to find one.

Much like the flying alarm clock, this clock will shoot a rocket into the room when the alarm goes off. In order to turn it off, you’ll need to put the rocket back on the base.

While this alarm clock is still in its concept phase, we can bet that it’ll be a smash hit (no pun intended) when it goes into production. Just imagine how satisfying it would be to smash the alarm clock to make it turn off. So satisfying!

A great way to save money is by putting it in a piggy bank. This alarm clock takes that concept and forces you to put a coin in it in order to turn it off. Unfortunately, saving a penny or nickel a day isn’t really our idea of saving money – but for children, it could be a great gift.

Have someone who doesn’t want to get out of bed in the morning? The mat alarm clock forces you to stand on it when the alarm goes off. It looks a bit like a scale, but this smart alarm clock will not shut off until you’ve stood on the mat with both feet 3 seconds.

This alarm clock may be a bit on the extreme side, but if you don’t want to blow up (not literally), you’ve got to cut the right wire. The wire that will shut the alarm off will change every day so you have to stay alert. Though the instruction manual is in Japanese, it would be a great gift for that person who loves a challenge. 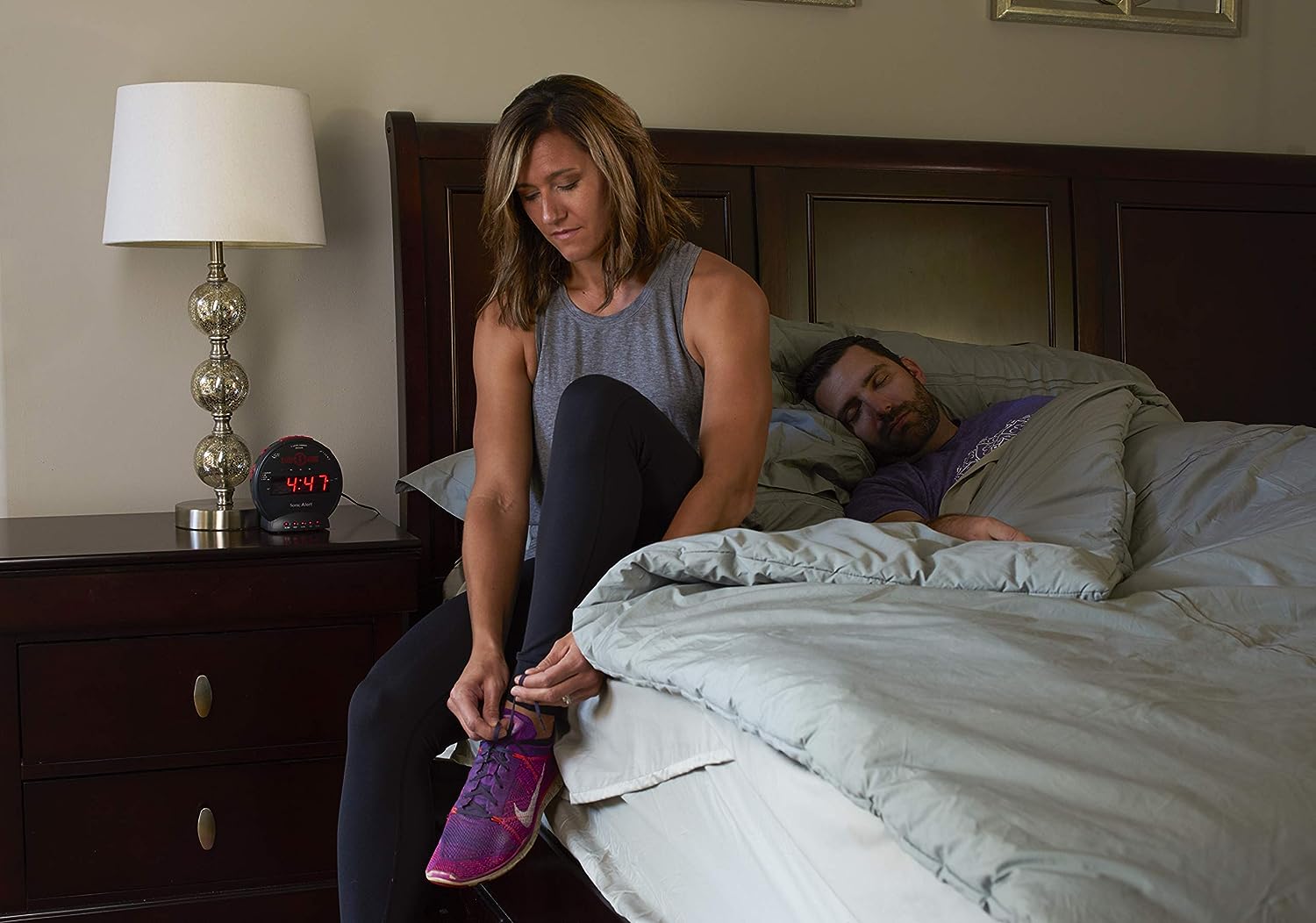 This alarm clock will require you punch in your own personal pin number in order to turn it off. However, the defuse panel where you input the code isn’t on the clock – it must be placed somewhere else, forcing you to get out of bed.

So, which of these unique alarm clocks would you love to have? Leave a comment below!