How The Environment Affects Our Sleep

What Are The Best Motorcycle Helmet To Buy In 2022?

How To Wake Up More Quickly In The Morning

How To Play A Tibetan Singing Bowl

Researchers have already established the link between a healthy sleep cycle and well-being, but there's still a lack of clarity when it comes to what factors contribute to a good night's sleep. One thing for certain is that the environment, in one way or another affects our sleep.

This fact would explain as to why ‘peace' is a prerequisite to healthy sleep. But this isn't all; there are plenty of other ways that environment can impact our sleep cycles and make our bodies more suited to sleep at certain times of the day.

How The Environment We Sleep In Affects Us?

Certain conditions in our surrounding environment can affect the way we sleep and if we sleep well or not. The temperature, noise, and light in a room can influence how comfortable we are while sleeping. Most importantly, however, is whether your bed and covers meet your preferences regarding warmth and comfort. 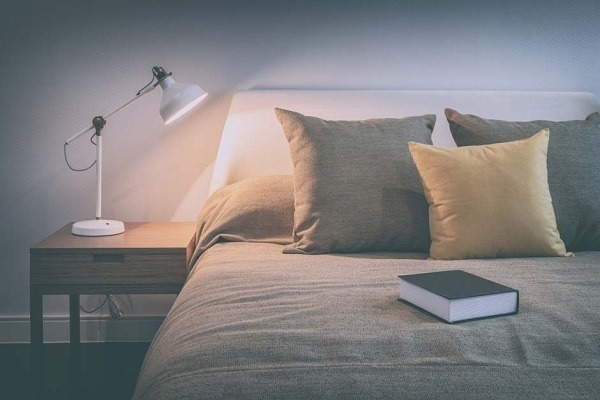 Noise in a person’s sleeping environment can impact how to wake up and go back to sleep continuously. Studies show that people exposed to noise, such as traffic and indoor noise, have less-intensity periods of rest which led to them waking up more often, increased stress levels due to surges in hormone secretion.

Further research proved that aside from short-term effects such as poor cognitive performance and sleep inertia, poor sleep quality can lead to increased risks of cardiovascular disease and need to take medication.

Surprisingly, short bursts of sounds disturb sleep far more than noise which is continuous. Electronic disturbances are also a factor which poses a hindrance to getting good quality of sleep. That’s why doctors and psychologists strongly recommend putting all electronic devices away before going to bed.

It may not have occurred to many people, but light can interfere with proper sleep as well, and it doesn't mean that people can't sleep with the lights on. Exposure to more light during the evenings is the result of an invention known as the light bulb. It's highly possible that humans' inner cycles have changed ever since then, leading us to prefer bed-times that are later.

Similar to our hectic lives, our inner physiology also follows a schedule of its own and scientists call a circadian rhythm. These influence what occurs inside the body and responds to the light and darkness in the surrounding environment.

On the other hand, biological clocks are somewhat different because they are a timing device. Biological clocks consist of different types of proteins and make certain changes within the body at a cellular level. 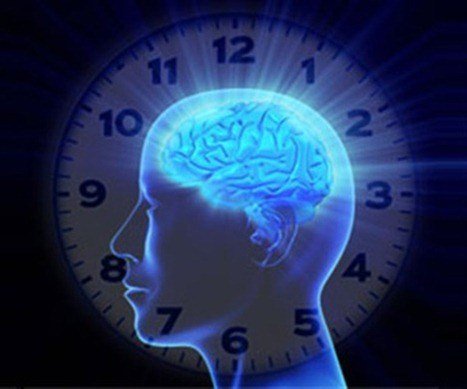 Lastly, there is a master clock which integrates the information from all the clocks and coordinates them. By doing so, it successfully syncs all the clocks present in a body, which may explain how your body may be tuned to suit a particular routine without you having to try.

Any disruptions caused to circadian rhythms or biological clocks are the result of a change in the light exposure, which means that inconsistent light can cause circadian rhythms to fail and in more extreme cases, it can change the entire cycle.

Biological clocks, on the other hand, create circadian rhythms and these are likely to be irregular. An irregular rhythm is the worst since it stems from many chronic health issues that deteriorate one’s inner systems.

Circadian rhythms impact the sleep cycle and patterns because the master clock produces a hormone known as melatonin which creates the effect of drowsiness and a feeling of being sleepy. The occurrence of this effect is when the brain interprets the meaning behind less and more light detected by the optic nerves.

In low light conditions, the optic nerves send signals to the brain which increases the secretion of melatonin. Currently, researchers are studying how working late shifts, and exposure to light from electronics are impacting our circadian rhythms and cycles of sleeping-waking up.

Many adults are still unaware as to proper sleep cycles and often inquire as doctors by asking them ‘how many hours of sleep do I need’ but the answer of eight hours is only a minimum. Sleeping times can differ based on the physical activity of individuals.

How Natural Light Makes Us Wake Up

Since the body's cycles and clocks are all influenced by the amount of light exposure, it's no secret that this changes how people wake up as well. Ever since humans have begun existing, they have been predisposed to hunt during the day, sleep in the dark of night and most importantly, wake up at dawn when the first rays of sunshine pierce the horizon.

This practice may draw some criticism because waking up at dawn is perceived as being too early and people even wonder are seven hours of sleep enough? But the reason is quite simple, indoor or artificial lighting wasn't invented until much later on and the sun, being the only source of brightness, was pretty hard not to miss. 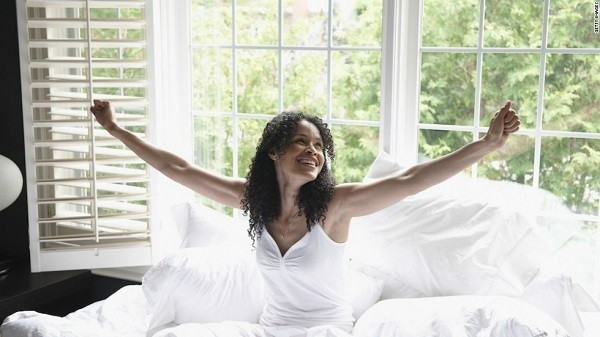 Humans are predisposed to wake up to natural light, and now scientists are thinking of ways to integrate this finding into ways that can be used to alter circadian rhythms. So far, they have a few findings that include exposing oneself to more light during the day to wake up earlier.

Natural light is the right answer here because it is much stronger than artificial light when compared regarding lux (the unit used to measure light emitting power). The strongest of artificial light sources have a power of almost a 100 lux while sunlight, even on a partially cloudy day, gives out a whopping 10,000 lux.

So next time you ask yourself how many hours of sleep do adults need, try checking in with your circadian rhythm?