As we progress through our education, we realize that math becomes more of a complicated subject. While we can solve equations by hand, you’ll end up wasting time of an exam. You need a high quality graphing calculator to save you time and answer exam questions more accurately.

This guide is to help you understand everything there is to know about graphing calculators. Before making a purchase, we suggest that you look in this guide not only to obtain a greater understanding, but to know what certain features you want in a calculator before you invest in it.

The first commercially accepted and produced graphing calculator came from Casio. They created the calculator in 1984. It was able to graph mathematical functions and in later years, an icon menu was invented to help users navigate through the calculator a lot easier. 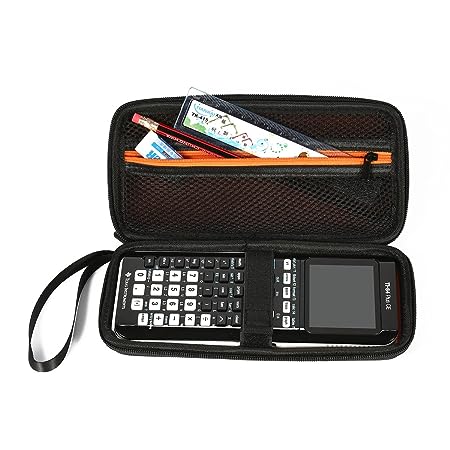 In fact, the State of Conneticut required Texas Instruments to create 10,000 calculators for their students. After doing so, graphing calculators became the norm and we would see lesser scientific calculator models in production.

What Is A Graphing Calculator

A graphing calculator is needed in all forms of math. It’s a handheld computer that has the ability to plot graphs, performing tasks with variables, and solving simultaneous equations.

The graphing calculator can perform functions such as the addition, division, subtraction, multiplication, square roots, decimals, fractions and a lot of other mathematical functions. When you type in the calculator the pre programmed functions and results will give you the answer.

What Is The Computing System?

The computing system inside the graphing calculator is very complicated. Not only does it have to be programmed to solve geometry and algebraic equations, it must be programmed to draw out all of the solutions via a graph. 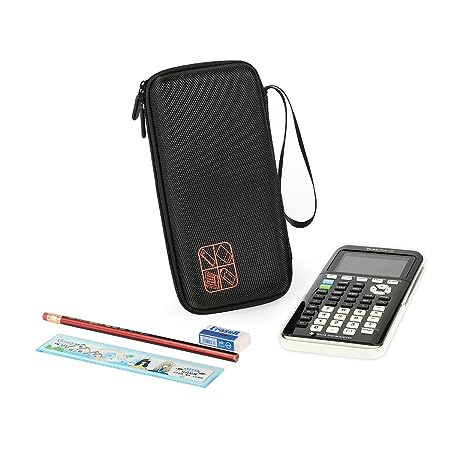 The calculator gives formulas to carry out when the user begins typing in commands. Some common functions are plotting matrices, lines, and logarithms. If you type in “-10,10” the calculator will give out the correct solution.

What Are The Graphing Capabilities?

At some times, the graphing capabilities of your calculator are highly limited. The results of your type equations (like -10,10) are then divided by how many pixels that are on the screen. For a 127 pixel screen, the graph will be divided by 127 dots that arcs across your calculator screen.

Sometimes the dots on the screen don’t fully connect. So you’ll have to manually reconnect them when you have to record them on a piece of paper. Unless you know where to place the graph coordinates, chances are you won’t find the correct answer. Graphing calculators input the literal commands you enter which might be completely off from the desired result.

Graphing calculators take some time getting used to, but they give you a myriad of benefits. For instance, you can store multiple functions inside the calculator due to their enhanced memory and RAM. Once students pass the 9th grade, they should consider getting a graphing calculator.

Programming Of A Graphing Calculator

Ever wanted your graphing calculator to handle long calculations without wasting time? That’s why you need to know how to program your calculator. Programming is the main feature behind graphing calculators and once you understand it, you’ll complete your math problems even faster.

For demonstration purposes, we’ll be programming the quadratic formula onto your calculator. Programs can be used to solve multiple math equations. Here is a list of some popular formulas you can program into your calculator:

To program the quadratic formula for your calculator, follow these specific steps:

Reasons To Use A Graphing Calculator

Most graphing calculators, as well as some non-graphing scientific and programmer's calculators can be programmed to automate complex and frequently used series of calculations and those inaccessible from the keyboard.

Algebra is all about linear equations and finding the slope of certain x and y points. You can use a scientific calculator, but how do you physically see the results of your graphs? Use a graphing calculator because it’s easier to plug in the variables and plot your graph all in one neat screen. 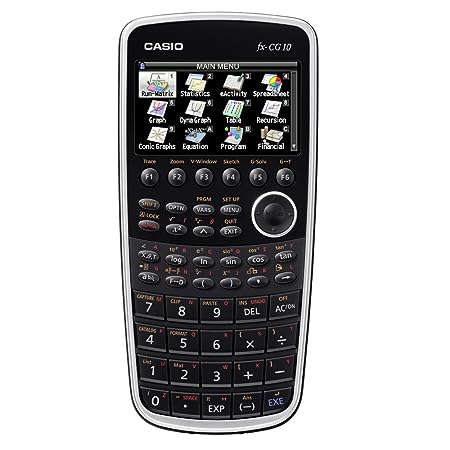 When it comes to statistics, you’ll need a calculator that can help you accurately display the meaning behind the numbers of a problem. With a graphing calculator you can find the mean, standard deviation, and compute complex statistical problems faster than you would by hand.

Geometry requires a lot of knowledge and understanding about angles and how they work together to make a shape. Get a graphing calculator so that you can plot triangles, circles, and find the diameter of odd shapes.

Basic Features And Functions Of A Graphing Calculator

Plotting your graph on a graphing calculator is easy. First, find the x and y coordinates of the equation. After you do that, you press 2ND and GRAPH. Plug in the numbers into the X and Y into their respective places and there you go! You have a fully plotted graph!

Here are a few tips to help you find the intersection in your graphing calculator.

Remember, graphing calculators have a huge advantage over scientific calculators. This is because they are able to not only perform scientific functions, but can display them in a way that’s easy for the student to see.

Here is a list of scientific functions that a graphing calculator can do:

Computer Algebra System is a term used for any mathematical software that can manipulate multiple mathematical expressions in the same way a scientist of a mathematician perform their manual computations. 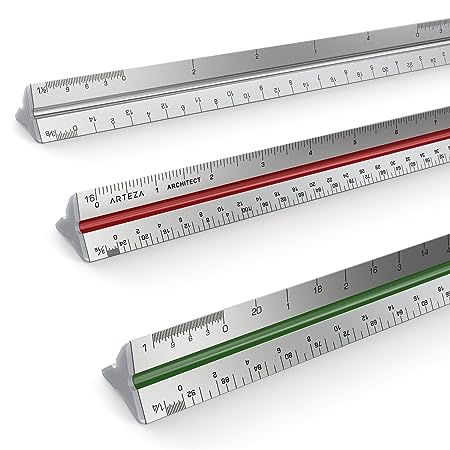 The specific capabilities and uses of CAS calculators vary from one another. However, their purpose is still the same: to manipulate symbolic equations. CAS systems provide a programming language for users to define their own procedures and allows them to graph equations.

Most graphing calculators can be attached to a myriad of scientific devices. Some of those devices are:

While handheld math gaming products are available, graphing calculators have superior games that improve the student’s knowledge in science and math. 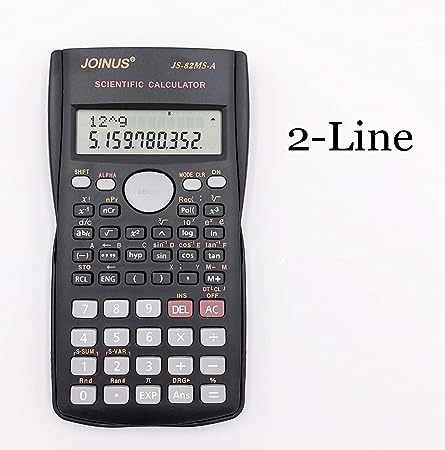 But there is one disadvantage. Most graphing calculators with gaming software are banned by teachers, school institutions, and standardized test examinations. Make sure your graphing calculator is compatible with your school or exam to get the most out of it.

What Is A CAS Calculator

CAS stands for Computer Algebraic System. Unlike scientific calculators, CAS calculators display the answers in a symbolic form. This is a great advantage for students as CAS calculators are able to complete math problems using the same notation as a mathematican.

Why do you need a CAS calculator? Because they make evaluating and completing equation problems less of a hassle. While some college students can benefit from using a CAS calculator, they are more suited for professionals who create symbolic expression often. 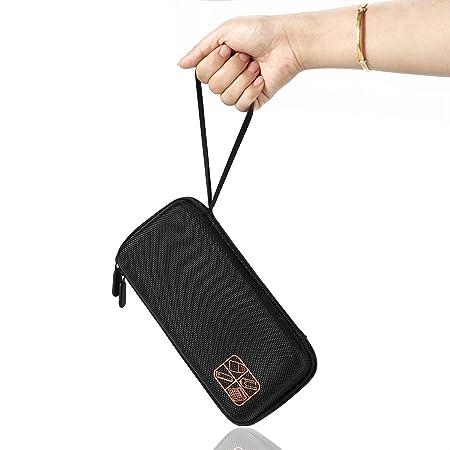 Graphing calculators are accurate and fast, which makes them a great complementary device for students. For example, you can have your students complete the problem by hand and then use the calculator to check if their answer was correct.

Graphing calculators are great tools for this reason. If both of the answers aren’t the same, students can re-check their work to see where they might’ve made a mistake. Calculators are tools that allow students to validate their answers and should be used as help and not a crutch.

Currently, we live in a society that always changes due to the innovative developments in technology. There are some classes that allow students to use Apple iPads for their work. Learning how to use this technology helps students become more confident and efficient.

Graphing calculators are simple tools to use in regards to electronics.They help students calculate taxes, set a budget, and complete other life related tasks. Students are going to use calculators throughout their lives so it’s important to learn how to use them now.

We compiled a list of our top graphing calculator manufacturers: 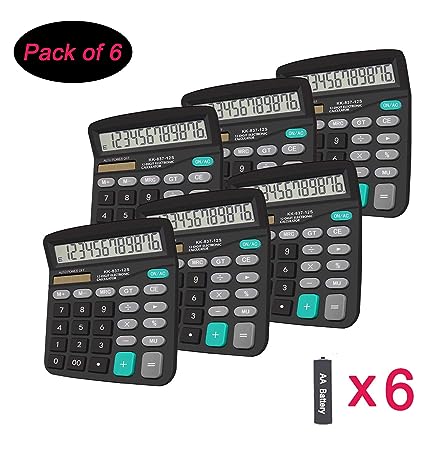 In 1990, Texas Instruments produced the TI-81 calculator. It became very popular amongst academic institutions and reinforces why they are a leader in the calculator industry. If you want a reliable calculator that’s backed by a high quality manufacturer, get a TI Calculator.

Casio is a Japanese manufacturer that’s located in Tokyo, Japan. Their main products include digital cameras, mobile phones, digital watches, and calculators. Casio started in 1946 and created the first hand held calculator in 1957.

For users wanting a classic yet functional graphing calculator, look into Casio’s products. Each of them are designed in Casio’s signature black color and is compact enough to fit in your bookbag. Buy a Casio calculator now if you want a high end graphing calculator at an affordable price.

HP is a company who sells laptops, tablets, and graphing calculators. It’s known for having high quality graphing calculators that have new innovative features. For instance, every HP Calculator has a touchscreen display system; which is easier for intuitive students to use.

When buying from HP, you’ll also like its multiple apps. As soon as you turn the screen on, you’ll have 5 mathematical apps that are used to enhance your learning. Basically, HP is one of the best calculator manufacturers because of their new, and easy to use system.

Note About Graphing Calculator On The SAT And AP Exams

Both exams have similar regulations when it comes to using graphing calculators on their exams. Before we start to speak on the different calculators they accept, you must understand the certain calculators and mathematical technology they’ve banned.

Here is a list of the technology that students are prohibited from using on the SAT and AP:

For the AP exam, they’ve created a chart on which subjects are calculator friendly. Read the chart below to see if your calculator matches up with their standards.

In comparison to the AP exams, the SAT has a more lenient set of guidelines. Here are the rules regarding calculators in the SAT:

If you don’t regularly use a calculator, try using it on a few practice problems before taking it to the exam. Use a calculator that you know and are familiar with to increase your final score.

You don’t have to use your calculator to answer every question. First, see if you can solve the problem. After that use the calculator to validate your answer. Your calculator is supposed to assist you during the exam and help with problem solving questions; not as a distraction. 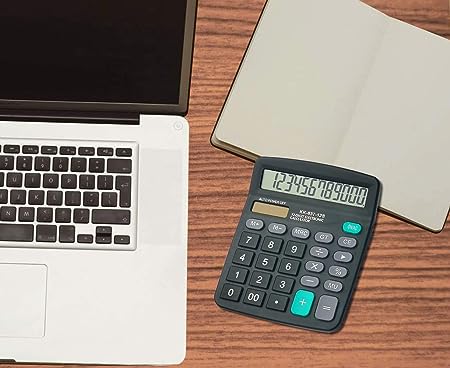 Make sure that you come with fully charged batteries and your calculator is in good working condition. Bring an extra pair of batteries in your backpack. If your calculator shuts off or malfunctions in the exam you can either cancel the test or work without the calculator.

Use scratch paper to get your thoughts down before entering information in a calculator.

It doesn’t matter what your educational skill level is. A graphing calculator is useful for students, teachers, and professionals who want to take less time calculating math problems. Once you know how to fully use your graphing calculator, you’ll see a higher score on your exams.

But still, you need to know which calculator is right for you. We invite you to look into our buying guide where we show you the top 5 graphing calculators that are available. All of them are accepted in SAT, AP, and other major testing institutions, so you should read the guide and buy one today.