In scientific terms, sleep is a repetitive period during which all consciousness and physical activity halt for a temporary period.

It occurs naturally, and a primary feature of rest is that our bodies become less responsive to stimuli around us.

Studies show that humans spend one-third of their lifespan sleeping which means that if the average person lives to be 75 years old, they'd have spent 25 years sleeping! Some of you may feel disappointed about this because time spent sleeping can is for productive things. 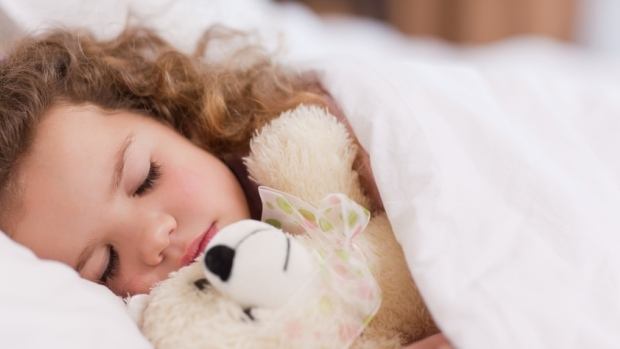 Unfortunately, that isn't the case, and the human body needs sleep because, during that period, it's not merely inactive. The time you spend catching up on some Zzzs is an active period when your body is restoring, strengthening and repairing itself.

Although it still isn’t understood why humans have been sleeping ever since they began existing, researchers have been able to make out a few consequences that would occur as a result of not sleeping which highlight the importance of your deep slumber.

One of the reasons why sleep is so important is that it allows the brain to integrate flashbacks and happenings of a day into our permanent memories. That is crucial because, during the hours that we are awake, the mind takes in countless details and other facts in the form of information.

After a lengthy period of staying awake, the brain needs to permanently store everything that happened in the form of memories, so that we don’t forget. Hear that, students? A good night’s sleep is super important to ace any test otherwise you risk forgetting everything.

The process of stringing together details to form large memories is a complex one and isn't completely understood yet. However, it is sure that it doesn't happen like in a computer and instead, each endeavor is analyzed.

This process takes place while the body is asleep and its called consolidation; when experiences move from a person's short-term to long-term memory. According to scientific evidence, sleep can positively influence a human's ability to retain information and performance on memory-related challenges. Moreover, it can help the body develop muscle, balance hormones and repair damaged tissues.

Sleeping isn't as comfortable as it looks because the body is passing through phases when it's more or less asleep. There are five stages of sleep and the time spent in each step isn't the same.

The first stage of sleep is ‘Stage 1,' and during this period, the body is in a state of light sleep. You may know when you’re in this stage because you drift in and out of sleep constantly and this happens because even the smallest of sounds easily awaken us. 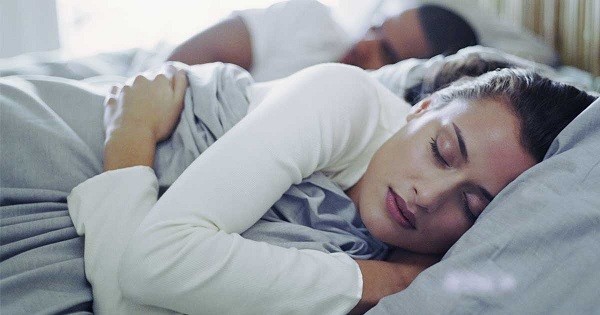 Out of all the stages of sleep, you may have memories of the first one because of experiencing hypnic myoclonia, muscle contractions which is the feeling of ‘hitting the floor after falling.'

In the second stage, eye movements stop, and if you're wondering, yes, eyes do move in stage one sleep. Brain waves are also slower in phase two, and there are times when a short surge of oscillatory brain activity is noted; these are sleep spindles. Almost half of a person's regular sleep makes up in the second stage.

The Remaining Three Stages Of Sleep

In stage three, a mixture of delta waves, the slowest version of brain waves and smaller, faster waves materialize. Once the body enters phase four, the mix of waves changes to only delta waves in your brain.

Stages three and four are challenging to wake someone from and combined; they are called deep sleep. That explains why people who wake up from these stages are unable to adequately respond to stimuli right away because they experience grogginess and their movements are disoriented.

The last stages of sleep are termed as Rapid Eye Movement sleep, also commonly known as REM sleep. As the name suggests, is when eyes rush in various directions. Other features of this sleep are that the limps become paralyzed partially, for a short time and breathing becomes an irregular pattern of massive and shallow breaths.

Physiological alterations that involve a rise in blood pressure and average heart rate are due to lack of sleep or irregular sleep.  These are often the result of use seeing strange stories and tales that are known as dreams.

People often remember their goals and the reason is that they have recently woken up from a period of REM sleep. So if you're wondering at what stage of sleep dreams occur, the answer is REM sleep.

Why Is It So Hard To Get Out Of Bed In The Morning?

A minority of people find it impossible to get out of bed in the morning due to the disorder called ‘Clinomania.'

When translated to Latin, it means an ‘addiction to your bed.' People who suffer from this addiction take a long time to get out of bed, especially in the morning when they have to get to school or work.

Their desire and need to lie in bed overcome their sense of fulfilling responsibilities which can lead to consequences. They do wake up, they just don't want to leave their bed, and this can lead to many health issues. 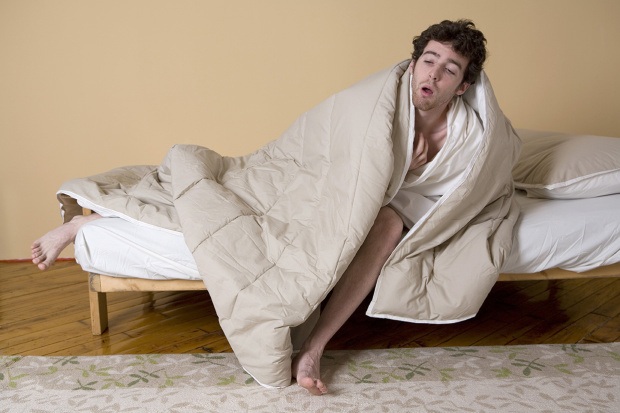 Clinomania is co-morbid with other anxiety-related disorders such as depression and even Chronic Fatigue Syndrome which can cause people to stay in bed so they can avoid having to deal with their problems.

Ideal Times To Wake Up And Avoid Sleep Inertia

Sleep inertia is commonly known as the feeling of grogginess you experience for the first couple of minutes after waking up. It’s possible for sleep inertia to last for more than an hour but generally, people only experience it for fifteen minutes.

The only way sleep grogginess lasts longer is when a person hasn't gotten the recommended hours of Zs. Aside from getting good sleep, it's also essential that you don't wake up in the middle of a sleep cycle. Since a sequence lasts around one and a half hour, time your alarm for seven or nine hours after going to bed.